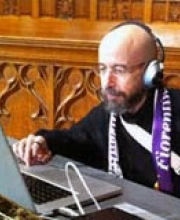 Arnold I. Davidson works on both French and Italian thought and culture. His primary interests are in the history of contemporary French and Italian philosophy, literature, religion and music. He has written on a wide range of French philosophers (from Foucault and Canguilhem, Lévinas and Jankélévitch to Merleau-Ponty and Hadot) as well as on the ways in which French, German and Anglo-American philosophical concepts and ideas have been appropriated and transformed in Italian culture.  He is particularly interested in the expression of philosophical ideas in contemporary literature (Camus, Sartre, de Beauvoir, Beckett, Blanchot, Duras, Perec and Primo Levi, Italo Calvino, Natalia Ginzburg, among others). In the area of the history and philosophy of religion, he has worked on Francis of Assisi and the emergence of a Franciscan way of life, and on the use of Franciscan practices and ideas in recent political theology, both in Europe and Latin America. He has been the jazz critic for the Sunday cultural supplement, "Domenica," of the Italian newspaper Il Sole 24 Ore; his work on music focuses on both French and Italian contemporary classical and improvised music. He also has a special interest in French and Italian Judaism from both a philosophical and theological point of view, and with respect to the experience of the Shoah. He is committed to the study of French and Italian culture in the context of comparative studies of European thought and culture.