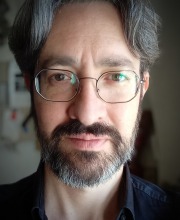 My name is Asaf Koliner, born and raised in Israel.

As a lover of cinema as well as history, I attended the ‘Sam Spiegel’ film school, and later moved on to complete a B.A. in ‘History and Film Studies’ and a M.A. in Philosophy in the Hebrew University (specializing in Aesthetics, Historiography, and Intellectual History). My M.A. thesis examined closely the aesthetics and narrational processes of a very unique semi-documentary semi-history film called ‘La Commune (Paris, 1871)’ by director Peter Watkins (France, 1999).

I am currently working on my doctoral thesis, whose subject is the engagement with socio-political issues through the use of generic modes of expression in the Italian popular cinema of the 1970's. The case of Italian cinema was a calculated, yet a natural, choice for me. No other national cinema was as committed as Italy’s to the representation of the socio-political problems of its country. Yet, it is little known that this commitment extended beyond the unique works of Italy’s film “artists”, and far into the vast universe of popular genres.

All along this road, it seems, I was preoccupied in one way or another with the phenomenology of genre, this already-familiar pattern of story or aesthetics that we intuitively recognize in works of fiction. I believe that identifying and interpreting the diverse genres that might appear in texts is an excellent tool for the cultural historians, a tool that might allow them to retrace, alongside the formal continuations and transformations that characterize the evolution of genres, also the evolutions of ideas, values, and ideologies.