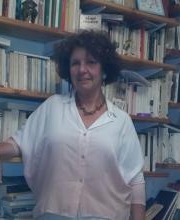 I have been a lecturer in the Department of French (later, Department of Romance and Latin-American Languages) at the Hebrew University since 1990. I have taught French as foreign language (beginners and advanced), as well as courses in text reading and in oral skills. My teaching experience, as well as my expertise in theater (director of Théâtr’Acte, the French language theater), literature, philosophy and psychoanalysis, enabled me to teach French through play and thus stimulate students' curiosity. In my beginners' course, I offer a global linguistic approach to language, in which prosody, syntax, and phonetic spelling take on an importance equal to that of grammar or semantics. In my course for advanced students, French culture takes on a predominant role. I develop the course through a series of themes, each comprising a group of texts, films, poems and songs. The course program includes invited guest speakers including Sabine Huynh (translator, writer and poet), Jackie Feldman (professor of anthropology), and Delphine Horvilleur (woman rabbi and writer). I composed a low-priced "modular" manual for students, which enables me to provide new texts each academic year. I teach grammar from a practical viewpoint, not for its own sake, but as a tool for mastering the language. In my text-reading course, the personal method I developed begins with instruction in reading Alexandrine verses. The rhythm, line breaks, and breath pauses initiate the students into the prosody of the French sentence and facilitate its understanding. The course in oral language skills is based entirely on theater exercises, which have long been considered a key tool in teaching foreign language (see my article on this subject: https://journal.lib.uoguelph.ca/index.php/nrsc/issue/view/189)
Theater encourages group cohesion, develops self-confidence, stimulates desire and makes the French language not only a means of practical communication but also one of creative self-expression. The class often culminates in a final theater performance at the end of the year, which is a source of great excitement for the students. As part of this theater project, I was invited with one of my classes to perform an original play I wrote, based on students' exercises - Nous Autres - in Dijon and at La Cartoucherie in Paris in February 2016.

I hold an MA degree in French literature from the Hebrew University (1996). An MA in psychoanalysis from Université Diderot, Paris (2014), as well as a license as a certified psychodrama therapist from the Kibbutz Seminar College (2000). I also received a teachers' certificate from Hebrew University (1983).