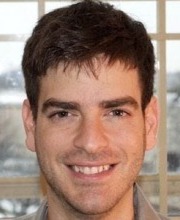 Yuval Tal is a Post-Doctoral Fellow of the Martin Buber Society at the Hebrew University of Jerusalem. He received his PhD in History from Johns Hopkins University in 2020. His research explores the history of Christians, Muslims, and Jews in France and colonial North Africa within a shared analytical framework.

Yuval’s published articles include: “The ‘Latin’ Melting-Pot: Ethnorepublican Thinking and Immigrant Assimilation in and through Colonial Algeria,” French Historical Studies 44:1 (2021); “The Social Logic of Colonial Anti-Judaism: Revisiting the Anti-Jewish Crisis in French Algeria, 1889-1902," Studies in Contemporary Jewry 30 (2018); and "Jewish and Sexual Identities in the Works of George Mosse," Hayo Haya - A Young Forum for History 9 (2012).

Yuval is currently pursuing two research projects. He is completing a book manuscript, “French Republicanism and the Problem of Empire: Muslims, Catholics, and Jews in French Algeria, 1870-1921.” This study explores the desires of all non-French groups in colonial Algeria - Muslims, Jews, and Catholic immigrants from Italy, Spain, and Malta - to become French while retaining their communal identities. It argues that France’s republican project of national assimilation, despite its explicit universalism, was predicated on the notion that only Catholic Europeans were a priori capable of becoming French. Yuval is also working on a new research project, “The Limits of Solidarity: Ethnicity and Class Politics in the French Mediterranean, 1918-1962.” This project explores interactions between French, Italian, Spanish, Muslim, and Jewish workers in labor unions and during strikes in the Mediterranean cities of Marseille, Tunis, Algiers, and Constantine.